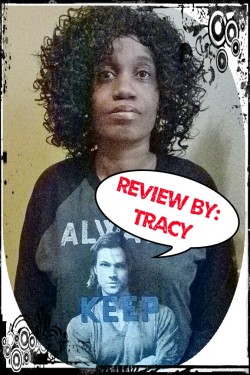 A sequel to a powerful novel is burdened by a very real dilemma. Readers anticipate that the sequel will retain the charm of its predecessor. Further, the sequel should also have the ability to be appreciated based on its own merits.  Consequently, when a sequel fails these tests, the author risks losing credibility in the eyes of the readers.

Lisa N. Edwards’ sequel to Can’t Fight Fate, Chasing Butterflies, is a worthy successor. Chasing Butterflies is a continuation of Nikki Kirkpatrick’s story. Nikki is an entertainment lawyer who believes that her romantic destiny is linked to a green eyed mystery man foretold by several psychics. Because Nikki has taken the psychics’ words to heart, she has found herself embroiled in several unsuccessful romantic relationships with green eyed men. Yet, she remains optimistic that her soul mate is out there. She just needs to find him.

Lisa Edwards understands Nikki’s character motivations and is skilled at creating a protagonist who is both realistic and emotionally accessible to readers. Nikki is intelligent, sensitive, caring and loyal. But she is also a woman hindered by insecurities. These insecurities make her question her decisions and choices. What I find most endearing about Nikki, though, is that while she may be tormented by her failures, she finds the strength to get back up and move forward.

In addition, Edwards’ supporting characters not only enrich Nikki’s story but also face their own challenges. Best friend Siobhan is strong willed and bombastic at times. But readers will see a vulnerable woman underneath the strong facade. And like Nikki, Siobhan craves romance and seeks her happily ever after. Similarly, Siobhan has made questionable choices and has to decide which of the two men in her life, Alex and Bradley, will be a part of her future.

Edwards does a marvelous job at maintaining dramatic tension as well as subtly weaving foreshadowing within her narrative. Nikki is dating Monte, a financially successful man who showers her with material things but is emotionally distant. The stakes are raised when Nikki meets Monte’s son Calvin. It is not lost on Nikki (or the reader) that Calvin has sparkling, green eyes. In addition, it seems that Calvin fulfills some of the other attributes mentioned by the psychics. Should she “beware” or “be aware” of Monte’s charismatic son? It was clever of Edwards to use the words “beware” or “be aware.”  The psychic uttered one of these options. The problem is that neither Nikki nor the reader knows which one was used. Consequently, like Nikki, there is lingering doubt for the reader as to whether Calvin is in fact Nikki’s soul mate. Such a suspense hook accentuates the intrigue inherent in the story.

Finally, Edwards threads the metaphor of the butterfly throughout the story. Her writing is brilliantly descriptive and admirably perceptive.

I am anxiously awaiting the third book in Edwards’ trilogy, Seed of the Sunflower.

Chasing Butterflies is the sequel to Can’t Fight Fate. It’s a story about an entertainment attorney in her late 30’s who is hyper-focused on finding “The Guy.” Sparked by a visit to a psychic seventeen years earlier, Nikki Kirkpatrick holds each new beau up to the litmus test set forth by the seer to see if they measure up. After seventeen years with nothing to show for it aside from failed relationships, Nikki finds herself working in L.A. with Hollywood’s elite. This story picks up where Can’t Fight Fate left off.

After another failed attempt at finding the man with the sparkling, green eyes, Nikki goes back for another visit to a psychic in hopes of some clarification. But after her reading she finds herself even more confused as she’s faced with a difficult decision. Uncertain which path to take, we follow Nikki along her journey as she second guesses herself into a corner and becomes frozen by indecision.

This book also gives us a closer look at the life of Nikki’s best friend who is engaged to a man who is not the father of her unborn child. This sequel continues to unfold the many layers of author Lisa N. Edward’s intriguing story and you can’t help but get sucked in.

The curse of the lackluster sequel is broken with this second book, a feat all authors pray they can perform, here Edwards pulls it off with room to spare. It gives enough story progression to make it worthy of its own book while still faithfully carrying on the story of its predecessor. And like all good middle books, it leaves enough questions to leave you clamoring for the next in the series.