Rebel Writer with a Heart of Gold

May 13, 2015 7:00 am Published by Kara 1 Comment Tags: Rebel Writer, Self Publishing, TheMaladroit, TheSeekerInitiative
Categorised in: Seeker Initiative, The Maladroit

Is it really Wednesday already?! It doesn’t feel like it’s been a week since we last chatted here on The Writing Piazza, or should I say that I chatted and prayed that you all would read it. 🙂 Alas, here we are again at another weekly posting following my journey of writing and publishing a novel series. And in case you were curious, this past week wasn’t nearly as bad as the one before so I’m carving a notch in the ole “win column.” What can I say, I’m a glass is half full kinda gal. So I think this coming week should be even better than the last, let’s build some good momentum back up the mountain shall we?

So what have I been up to? Well, aside from spending astronomical amounts of money trying to keep my law license (with very little to show for it other than being able to help the wonderful writers out here on the blogy-blog) I have just been trying to keep up with life. Two little boys who are finishing up their last couple of weeks of second grade. I can hardly believe they will be third graders soon! We’ve also been trying to get over the colds that they have been sharing back and forth (it’s the only thing they have no problems sharing!) and the never ending bane of my existence (aka laundry). I’ve also been working on various craft projects for the fellas’ birthday party, amidst the dinner and dishes and music lessons and trips to the pool and board games and… well you get the point.

I have been working steadfastly on guest interviews, I hope you are checking those out, there’s so much knowledge to glean from others in our field. If you’re not a writer, there’s also many entertaining stories from published authors so please do check those out. They go up every Friday. I was also asked to actually BE interviewed by the lovely Shelly Muncaster over at Key Strokes and Closed Doors. It was an honor to be asked to do that, it was weird being on the other side of things, usually I’m the one asking the questions. 🙂 I will be sending out the link for that interview on Twitter and Facebook once she posts it. It was a lot of fun and I got to talk about my novella #themaladroit and also my (hopefully) soon to be published novel The Seeker Initiative. They are both works that I love and I am so grateful that she let me gush a little about them.

And last but not least, I have begun doing research for the next book in my YA novel series. Of course by research, I mean spending time on Pinterest looking up palaces. It’s key to my next book so at least I have a legitimate excuse for spending too much time on Pinterest now right? But if you’re on there, look me up. Tag some great photos of palaces for me! 😉 I am looking for any kind of palace or castle you can find really. The more diverse, the better! I’ve got an idea for the opening of my book too which is usually the hardest part. I’m going to ruminate on the idea for a little while longer and see if I’m still happy with it.

The beginning is such an important part of any book. It’s what catches the readers attention and hopefully makes them want to keep reading. It’s a lot of pressure on an author to get something really great that doesn’t make publishers roll their eyes and toss out your manuscript after the first paragraph. And you aren’t just trying to please publishers, you also need to hook the readers and get them invested in your story. That’s a tall order for a paragraph. Maybe I’ll write a couple of different intros and let all of you pick which one you like best. Would that be fun or does that just sound like I’m trying to get you to do my job for me? 😉

I always get in trouble because I like to do things I’m told not to do. 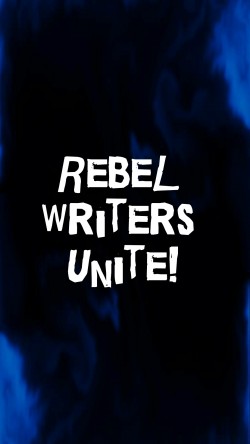 Well, not exactly. My mom says when I was little, I would do something that was just on the verge of getting me into trouble and then stop. (This would then spur my older brother to do it too, only he didn’t know when to stop so he would be the one to get in trouble.) I’m still like that in my writing I think. I like to play with the exceptions to the rules or else make a new exception to the rules. For example, you hear the rule about not starting off a book with a wake up scene, so I start mine story with my main character almost asleep but not quite and having her thoughts jar her out of her not quite unconsciousness. I hate those silly rules, like how you’re not supposed to use interrobangs!? I mean, come on, sometimes you just have to right?! Oh, and the whole, “don’t end a sentence on a preposition.” I break that one all the time, I can’t seem to end my sentences without an “of” or “from.” Some people might say that makes me a “bad writer” I say that as long as I’m entertaining, I can get away with it. And I’m told I am very entertaining, thank you very much. So yeah, I’m a rebel writer (or maybe a rabble writer?) I’m always looking for a good exception I can use and if there isn’t one, I’ll make a good argument for why there should be one. 🙂

But seriously folks, I really am working on my second book, I promise. I am also still working on getting The Maladroit out as a paperback and ebook. I am toying with the idea of extending it for the published version but I’m not sure. Perhaps I can be persuaded, {I like cake, you will get me cake} that was me attempting to use the Jedi mind trick on you. Alright, I’ve kept you long enough, thanks for stopping by. <—– (preposition lol) You guys and gals are amazing! Tune in on Friday for this week’s guest interview, it’s going to be fun.