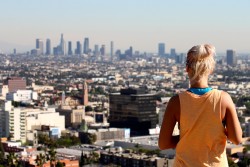 Writing a novel involves a plethora of decisions, plot, characters, title, but one of the decisions that sometimes doesn’t get much attention, especially by burgeoning writers, is a little something called Point of View or POV.

Choosing which POV your book will take is something you should think long and hard about for a number of reasons. It may seem like a simple thing but it affects the way you’ll tell your story. It demands consistency or you risk confusing your reader which is a quick way to turn them off to your book. Not to mention if you choose the wrong POV your story can sink beneath the waves of bleech. No pressure. 😉

So how do you choose the right POV, let’s dive into some of the most common types and discuss the pros and cons of each type. This will give you a better idea of which POV you should take for your manuscript.

You will need to decide whether you want your narrator to be omniscient or limited. This can be the hardest POV rule for many writers to follow consistently. I’ve read far too many books where they chose a limited first person POV only to go on to tell you what some other character was thinking.

Limiting yourself to limited (pun intended) POV can be a very powerful tool. You see this a lot in mystery novels. They want you to discover the mystery the same way the MC does. It also works in a lot of other settings and many writers prefer it because it tends to make the reader connect more with their story and their characters. It forces them to live the story more than just observe it from above.

Omniscient is one you have to be careful with, it’s easy to confuse the reader by bouncing around from character to character. But this POV is sometimes essential to properly telling your story. So if you choose to go this route, make sure you very careful to be clear and get a lot of diverse beta readers to go through your manuscript to make sure they can follow along easily enough. You also need to make sure they are feeling connected to the story. This POV has a tendency to make the reader feel more like an observer than a participant and the best stories make the reader live the story.

*A good way to combat this observer syndrome is to make sure you are “showing” your story instead of “telling” it. Look for our next article where we will discuss the common concept of showing vs. telling.

The other three main POVs are First, Second and Third Person. These three POVs can be limited or omniscient so you can see that there are a variety of ways you can tell your story. Let’s dive in a little deeper into these three categories.

This POV is when your “narrator” uses first person pronouns. They use the I, me, my, we, our, us words. It usually happens to be your MC or one of their close companions that is telling the story.

i.e. For once I was just grateful I didn’t have to kill any zombies. It was nice that I finally had someone else to help me rid the world of this plague.

Cons to this POV.

I’ll admit, I haven’t seen this POV a lot and it often doesn’t work well. This is where the narrator uses “you” instead of “I.” It’s often awkward and disconcerting and the best places I’ve seen it work are shorter manuscripts. Just know that most publishing professionals advise against using this difficult POV.

i.e. You’re walking down the street when out of the corner of your eye you notice a giant, green alien crossing the street. Without hesitation, you pull out your phone and call the MIB.

This POV is when your “narrator” uses third person pronouns. The he, she, it, they, them ones. It is the most common POV in fiction. Here is usually where you see the limited vs. omniscient categories come into play.

For the limited POV, the writer can go into the mind of a limited number of character to witness what’s happening in the story. This can be beneficial when your antagonist is highly active and does things that are essential to your story where it wouldn’t make sense for your MC to be around.

i.e. She saw him standing at the end of the hallway. She felt his eyes following her hips as she swung them like a hypnotist swings a watch. She noticed his breathing become erratic and saw his pupils dilate. She was all too familiar with the hungry look that flashed across his face.

Then there’s the omniscient POV where the writer goes into the minds of any of the characters to allow the reader to see what anyone is thinking and feeling.

i.e. He thought he had seen everything until the woman in front of him turned herself into a snow leopard right in front of her eyes. How did she do that? He wondered.

She felt the lingering tingle of the transformation in the pads of her feet. She looked up into his eyes and hoped he wouldn’t run away screaming. That would only make things worse.

Of course there are more complex POVs out there if you want to get nit-picky. But these are the most common and will work for almost any story. The key is to think about what story you want to tell and about the importance of your characters.

It’s best to pick the right POV from the start because if you decide it’s suddenly not working somewhere in the middle of your story, going back and changing it is a huge, gigantic hassle. Trust me, I speak from experience. And it’s also hard to catch the places where you need to change it, it’s difficult to change the way you think, POV is a mindset and it’s hard to switch paths once you’ve started down one. So make certain the POV you choose will work for your story and then stick with it. Consistency is king!

Lastly, I’d like to briefly mention to those who want to intentionally switch POVs within their book. First I will recommend that you don’t do it. It’s super tricky to do, and it usually throws off your reader. It oftentimes ends up being way more trouble than it’s worth.

That’s not to say that I haven’t seen it done, (even by the big publishers) though I would argue that it wasn’t flawless because I noticed it, and it was a bit unsettling for me as a reader. But if you absolutely must do it, make sure you are making your character’s voices distinct and that you are offering a clear break between perspective changes. Ideally this is done with chapters, switching off POVs only in a new chapter. But if you find some other way to clearly do so, again, you as the writer are the boss and it’s your story so ultimately you have the final say. Just make sure you have your beta readers go through it so they can let you know where/if they are getting confused by any of the switches.

Thus concludes our discussion on POVs. Do you have any comments/questions about POV? Jot them down below in the comments section.